Warning: "continue" targeting switch is equivalent to "break". Did you mean to use "continue 2"? in /nfs/c12/h06/mnt/217567/domains/slapdashfestival.com/html/wordpress/wp-content/plugins/types/vendor/toolset/types/embedded/includes/wpml.php on line 660
 Slapdash International Team – #Slapdash
Skip to content 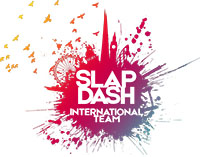 We are thrilled to announce our Slapdash International Cast for Friday’s night show. The global cast of improvisers from the US, UK, Canada, Germany, Italy and Peru will meet for the first time only five days before headlining Friday night’s show.

Directed by Jon Bolden of The Hideout Theatre in Austin, Texas, the show will be an improvised one-act play focused on ensemble, narrative storytelling. 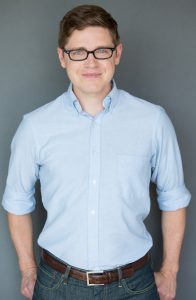 Jon Bolden is an award-winning director, instructor, and improvisational actor at The Hideout Theatre in Austin, Texas. He has taught throughout the US and internationally in Japan, Washington DC, Alaska, and at The Vancouver Theatresports Tournament. Jon specialises in ensemble narrative storytelling and is known for his award-winning Nothing & Everything: Improvised Anton Chekhov Plays and the Manhattan Stories: Improvised “Woody Allen Films.” He has also been the producer of the Out of Bounds Comedy Festival in Austin.

More about the show from Jon :
“For the past six years, I have experimented with improvising short plays or films without a strong focus  on a singular main storyline. I’ve always been drawn to more ensemble-oriented worlds such as the plays of Anton Chekhov, Henrik Ibsen, or the films of Woody Allen and Richard Linklater. These works typically focus on a simple world of characters are presented to you, as is, and witnessing a story as nothing more than these people living life. The results of this passion has been directing various productions in Austin, Texas centered around this concept. From these shows, I’ve tailored a library of exercises, techniques, and overarching principles that I believe create compelling improvisation and nuanced storytelling.

My excitement for this experience is unique, as I often want to teach or take workshops that are more than a few hours long and are intended for experienced players. I’m excited to work closely with a group of dedicated artists, comedians, actors to create a focused and energised evening of entertainment.”